National figures on Search and Rescue have today been released by Lowland Rescue in their Association Incident Recording database (AIR).

When a vulnerable person goes missing, Lowland Rescue teams are called by the Police and can mobilise a team of volunteers within an hour. Highly skilled volunteers, trained to professional standards, then work in collaboration with the Police to identify search strategies and priority areas where to direct search efforts.

Figures show that the nearly 1700 members, grouped in 36 regional teams, contributed in total more than 40,000 person-hours in live searches, equivalent to 21 person-years of search time, in a total of 906 callouts. The teams also include over 40 fully trained air-scenting dogs, and 11 drones.

This is the first annual report from AIR, which became live in January 2016. Although it is still in the initial stages, AIR is already being used to share information with other agencies, as appropriate, and to improve search planning.  Ultimately, better data saves lives.

For further information on Hampshire Search and Rescue (HANTSAR) please go to:

Hampshire Search and Rescue 2016 Stats below: 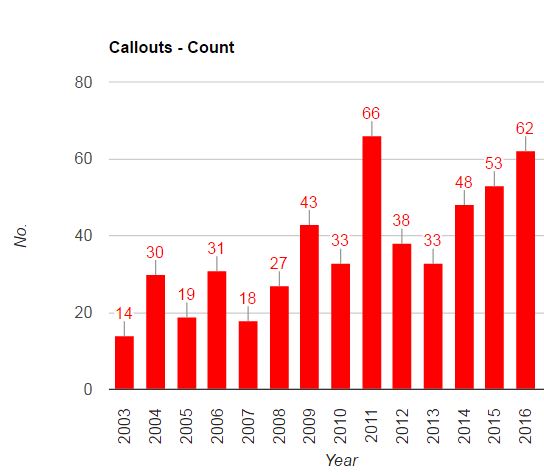 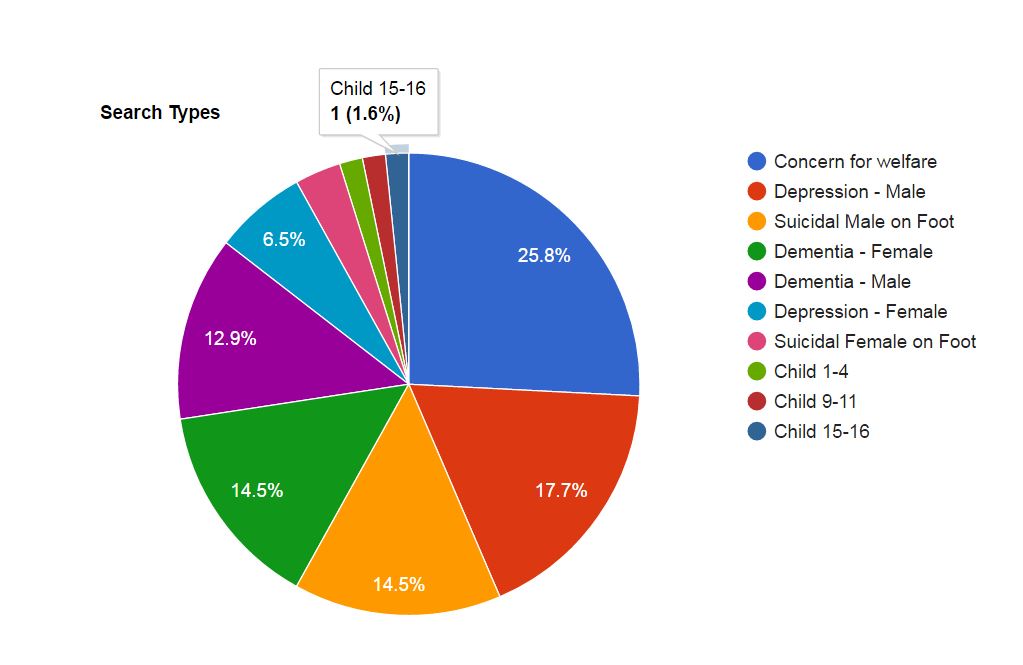