Register Hantsar as your chosen charity and then use easyfundraising’s search engine to do your online shopping. A donation for every eligible purchase is then made to Hantsar.

Take a look at our Amazon wishlist and offer to purchase a gift for us.

Register Hampshire Search And Rescue as your chosen charity with Amazon Smile.

Amazon will then donate to us 0.5% of the net purchase price (excluding VAT, returns and shipping fees) of eligible purchases you make. 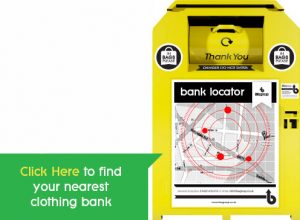 If you have any unwanted clothing, shoes or textiles, please consider donating them to HANTSAR by putting them in a plastic bag and placing them in one of the HANTSAR recycling banks across Hampshire.

Please click on the image above to find your nearest recycling bank.

Register an account with the Portmouth Lottery with Hantsar as your chosen charity, and 50% of the ticket sales will be donated to us.

If you would like to make a donation you can online or fill in the Donation / Gift Aid form (available here) and send it to our address below:

You can make a donation by text message from your mobile phone.

You can make a donation online using the Everyclick service

Thursday, 12 April 2018 – Petersfield Post has been missing since January 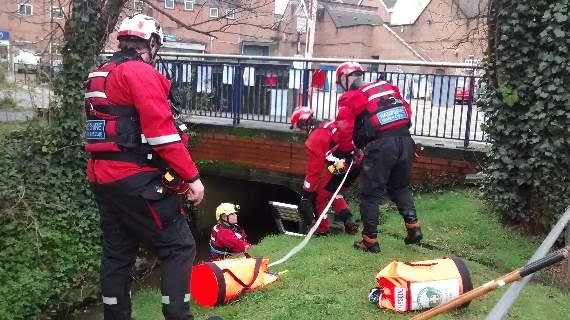 POLICE officers and search and rescue teams have carried out a joint operation in Petersfield as concerns about a missing man grow.

A Hampshire Police spokesman said: “Officers were carrying out searches in the Petersfield area on Tuesday, April 10, in connection with missing Scot MacKenzie.”

Also involved in the search, which took in the town centre, the Heath, land beside Petersfield Hospital, and the water meadows near Tesco, were volunteers from the Hampshire Search and Rescue charity (Hantsar).

Hantsar spokesman Trevor Vidler said: “We were called out to support the police in the search, and had about 28 volunteers there in teams of three and four.

“We searched areas across the town, including all the culverts in the stream that runs from Winchester Road through the town past Waitrose and on to Penns Place.

“Unfortunately the missing man wasn’t found, but we would like to thank the residents of Petersfield for their co-operation with our teams during the search.”

The Hantsar teams used the car park of the BT building in Charles Street as the operations base for their control vehicles.

As well searching the Heath, a team also searched land behind Petersfield Post Office, and other areas of the town.

One shopkeeper said: “Police did visit some shops, and the search and rescue people were in the town as well.”

Other Petersfield residents saw the Hantsar teams on the Heath, and searching the water meadows.

Scot MacKenzie (58), who is described as vulnerable, was last seen in the Tipner area of Portsmouth early on Monday, January 15.

Soon after he disappeared police said the keen Pompey fan had kept in touch with former BT colleagues he worked with in Petersfield, and that he was fond of the Heath.

On the day he disappeared CCTV footage shows Scot at Portsmouth and Southsea train station at 2.52pm, but it is unclear whether he then boarded a train.

There was also an unconfirmed sighting of him at Queen Elizabeth Country Park visitors’ centre on at 1.40pm on January 29.

A spokesman said police were still very concerned for his safety, and that the searches weren’t based on specific information, but were part of the ongoing investigation into his disappearance.